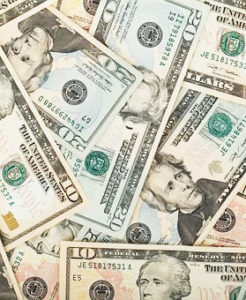 When Pablo Escobar died during a police shootout in 1993, there were many rumors that he hid millions of his drug money at his numerous properties. One of his nephews, Nicolás, found a hidden stash inside the walls of one of his uncle’s apartments. The hidden loot included $18 million in cash. Nicolás was allegedly, “pretty close” with his uncle, who was one of the richest and most wanted men alive. Nicolas has been living in an apartment that belonged to his uncle for the last five years. Nicolás says he received bizarre ‘visions’ which led him to look inside the walls of the apartment. “The smell [inside] was astonishing. A smell 100 times worse than something that had died.” At the height of the cartel’s business, roughly 80 percent of the cocaine smuggled into the U.S. was believed to be supplied through Escobar’s crew.

Do you think that’s funny?

I met the Godfather of the Scottish mafia earlier…
He made me an offer I couldn’t understand.

What’s the difference between the Mexican mafia and “The Godfather” sequels?
One is all about dinero, the other one about De Niro.

Why was the Welsh Mafia stopped so easily?
As soon as they were put into a lineup, everyone sang.

Make your life a magnificent story, begin realizing you are the author and everyday you write a new page.

The Smell of Money