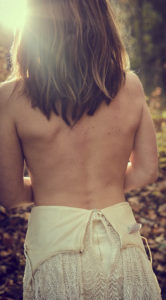 A New Hampshire woman was challenged walking into a polling station because she wore a political T-shirt. The unidentified female entered an Exeter gymnasium with a shirt depicting presidential candidates. Town moderator Paul Scafidi told her she had to either take it off or cover it up — so she slipped out of it and grabbed her ballot. She was not wearing anything underneath. “Boom! The shirt’s off,” Scafidi told the paper. “And she’s standing there saying, ‘How’s this?’” He said there were about 15 voters at the poll, and he didn’t notice any children. But the voting booths had their curtains removed due to the coronavirus. Andrea Shine, who witnessed the incident, said she laughed, according to the report. “I think we all kind of needed it,” she said. “With everything going on in the world, it’s like, who cares?”

Democracy: A system whereby the person who never votes can cuss out the man the other people elected.

The problem with political jokes is they get elected.

A message to all you deceased Democrat voters…
Vote Early, and Vote Often.