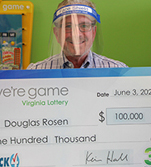 Doug Rosen is a regular guy who has been around the block a few times. He has his own business. He was feeling lucky a while back and had been playing the year of his birth 1958, in the pick 4 lottery tickets. One day he felt really, really lucky and bought 20 tickets with the same number again when he stopped at the 7-11 on his way home 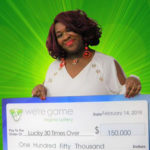 When you need to knock on wood is when you realize that the world is composed of vinyl, naugahyde and aluminum.

I get enough exercise just pushing my luck.

Luck: An explanation for the other fellows’ success.

Hunches that paid off