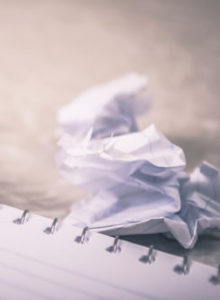 Stefan Thomas probably should have made a copy of the note with his passwords. The Bitcoin password that has escaped him was worth about $240 Million. Thomas holds a small hard drive, called an IronKey, that contains the keys to a digital wallet containing 7,002 Bitcoin. But, Thomas can’t seem to figure out the password — and he only has two more chances to get it right. “I would just lay in bed and think about it,” Thomas told the Times. “Then I would go to the computer with some new strategy, and it wouldn’t work, and I would be desperate again.” About 20% of existing Bitcoin appear to be in “lost or otherwise stranded wallets.” That amounts to around $140 billion. Thomas called the saga “a painful memory” and said he hopes “others can learn from my mistakes.” Thomas has put his Ironkey in a safe place just in case some future cryptographers are able to crack complex passwords.

Someone figured out my password…
Now I have to rename my dog.

Coronavirus fear is everywhere…
Today I coughed on my computer screen and the antivirus software started running.

Watch your thoughts; they become words.

Having Notes is Good