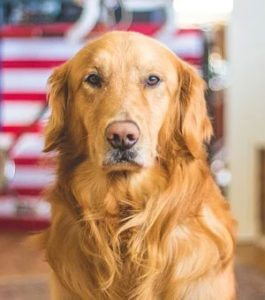 For those of you who think your sweat does not smell, the Chileans are sending you to the dogs. According to the “scientists” even the three Golden Retrievers and one Labrador cannot smell the virus, but your sweat changes when you are infected and that is what the dogs have been trained to “alert” to. Until now they have been used to sniff out illicit drugs, explosives and lost people, police say. Dogs have an ability to detect smells 50 times better than humans. They can also smell 250 people per hour. Tests in Europe and Dubai shown a 95 percent accuracy rate in detection of COVID-19. Passengers at an airport health checkpoint wipe their necks and wrists with gauze pads that are then put in glass containers and sent to the dogs to see if they detect COVID-19. The canines sport green “biodetector” jackets with a red cross.

The air of humor

I have read that symptoms of the Covid19 virus can include loss of smell and taste. Well I don’t know about your sense of smell….
But judging by your hair and clothes I think you might’ve had this disease for quite some time.

I was grilling a steak earlier and the smell of the juices made my mouth water….
Got me thinking….Do vegetarians have the same effect when mowing a lawn?

There was an older minority state employee driving a dump truck down a New Jersey road at a high rate of speed. The state trooper clocked the truck and pulled him over. The trooper got his license and asked, “Do your know you were going over 60 miles per hour in this truck?” “No seh, I didn’t know that.” “Haven’t you got a governor on that truck?” “No seh, the governor is in Trenton, that is fertilizer that you smell.”

Life consists not in getting all the good cards, but in playing those you hold well.

Would you please sweat for my dog?

The sweet smell of success