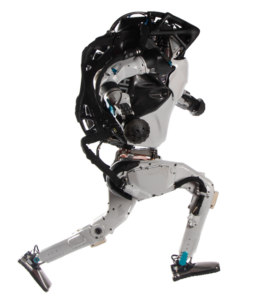 How bad is it when the robots can dance better than me? Boston Dynamics, the Massachusetts company known for its cutting-edge work in robotics, released footage Tuesday of its famous robot collection boogieing to The Contours’ 1962 R&B hit “Do You Love Me?” The impressive performance featured the humanoid Atlas, dog-inspired Spot and box-moving Handle, all of which move with unsettling precision in the nearly 3-minute routine below. It went viral after it was shared by Reza Zadeh, a technology executive and machine learning expert, who said that the dance made the robots “less intimidating.” Their most famous robot, Spot, is already being put to work in the real world to patrol oil rigs, assist law enforcement, help on construction projects and in hospitals to help doctors communicate with COVID-19 patients.

Know what’s ironic?
A computer asking me if I’m a robot.

Why was the robot mad?
People kept pushing its buttons.

I had a terrible dream of a dystopian future where robots controlled every aspect of our lives. Luckily, I was awakened by my Tesla.

Failure is an event, never a person.

Dancing in the gym  See it now