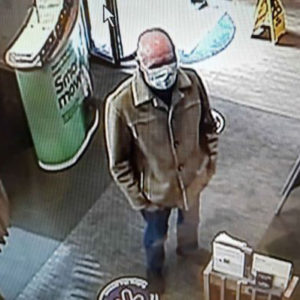 Ian Slattery, from St. Leonards, England entered a branch office of the Nationwide Building Society bank. The 67-year-old handed the clerk a handwritten robbery note. As Ian stood silently and waited for his money, the lady clerk looked at the note and turned it and twisted it and tried to give it back to him asking what he wanted. His handwriting was so bad she did not get the robbery message. Disgusted, Ian walked out with nothing. Eventually, the bank deciphered that this was intended to be a robbery. Ian was not defeated. About a week later he decided give bank robbery another try. Slattery wen to another Nationwide branch in his hometown. This time, he had written his note more carefully and it was actually effective. Having read the note, the teller became afraid and gave Ian $3,300. Again, the bobbies were called. They were on Slattery’s trail when they got a call from a third bank. For his third robbery attempt, Slattery had entered a NatWest branch in Hastings. This time the teller was able to read the note, but the teller firmly said, “No” and Slattery left without causing further incident. At this point, the bobbies had to do something, so they went over to his last known address. They found Ian walking in the neighborhood, perhaps trying to think of another hobby, and arrested him. He was charged with one count of robbery and two counts of attempted robbery. Slattery plead guilty to all charges. No mention was made of punishment for the teachers who failed him in his early school years.

I wrote a letter today.
Might move on to numbers tomorrow.

What starts with E, ends with E, but only has one letter in it?
Envelope

I hate spelling errors. You mix up a couple letters and your whole post is
Urined

An FBI agent was interviewing a bank teller after the bank had been robbed 3 times by the same bandit:
“Did you notice anything special about the man?” asks the agent.
“Yes,” replied the teller. “He was better dressed each time.”

It all the teacher’s fault