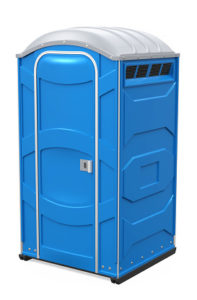 In this highly creative promotion Service Sanitation brings the common blue porta potties to life in the spirt of the season. In the 2-minute clip below, 32 lit-up portable toilets, dubbed the “Jingle Johns,” can be seen belting out a hilarious techno remix of “Hallelujah” in front of the dramatic Chicago skyline. Stevie “Dee” Dykstra first devised the idea in 2013, when the firm had 40 porta-potties cover a Trans-Siberian Orchestra song for a clip they sent to customers. “Service Sanitation posted a video to Facebook showing 32 portable toilets adorned with animated faces “singing” the song “Hallelujah.” “The Jingle Johns have officially set a world record for the most animated faces on a single holiday light display,” his post reads. Because there are no challengers for the title.

I forgot to take my phone to the toilet
There are 1325 vertical and 975 horizontal lines on the tiles.

Why couldn’t the toilet paper cross the road?
It got stuck in a crack.

Don’t believe everything you read in public toilets. Sharon is not up for a good time.
What an awkward phone call that was…

The ultimate measure of a man is where he stands at times of challenge and controversy.

And even more restroom relaxation