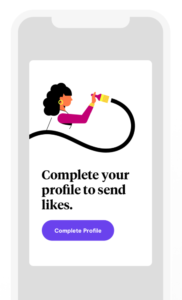 TikTok star Brooke Averick shared her hilarious reaction to the incestuous suggestion the cell phone app “Hinge” gave here for dating. Brook’s avatar name is LadyEfron on TikTok. She went on Hinge looking for love and the app found a very close match to all her choices. The app sent her a message: “‘Brooke and Noah, we think you should meet.’” She then adds, “And we agreed, and we are already spending the holidays together, and it’s going well, let me show you.” The video then shows Averick with her match. “And here he is, this is my brother.” Brook wasn’t the only one. Charlie reported he had seen a beautiful girl’s profile and then their interests matched. He reached out to her. It turned out both he and his sister had made fake profiles and were perfectly compatible. The mixups seemed especially unforgivable considering that Hinge reportedly uses a “Nobel Prize-winning algorithm” to generate matches.

Be careful what you wish for

Online dating during Covid is like:
I’m dying to meet you.

I am never using online dating again. The last guy said he lived in a gated community.
Prison.

Two things I learned from online dating
Geography and disappointment

Here they are together!