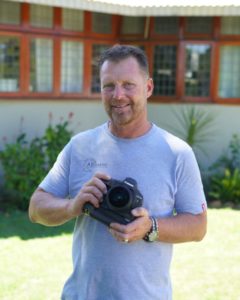 Rainer Schimpf, 51, Like the Bible’s Jonah was swept into the mouth of a large Bryde’s whale off the coast of the South Africa while filming a sardine run last month. “Looming up out of darkness below came a Bryde’s whale shooting up into the ball of fish, gulping all in its path.” Schimpf’s wife, Silke, watched on in horror from their boat, his legs were hanging from the mammal’s mouth during the incident. “I felt some pressure around my waist and I immediately knew what had happened. The whale accidentally included me in its mouth together with its main meal – the sardines. Then he realized its mistake and opened his mouth, releasing me. I was washed out with tons of water from its mouth,” Rainer said. “We swam back to the vessel, climbed up and checked if I and the camera were OK – no broken bones, no cracked ribs – so all was good.”

They say whales are going extinct…
…but have you been to Golden Corral recently?

Why is it that people are so delighted and amazed when they see a whale leap from the ocean and crash back into the water, but I do one belly flop in the pool and suddenly I’m a jerk?

My wife has a whale tattooed on her belly. It used to be a dolphin.

What the mind can conceive and believe, you can achieve

A whale of a tale