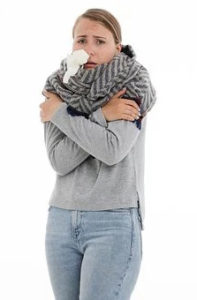 In the United Kingdom normal body temperature is now 97.9°F. A similar study in Palo Alto, California, found that American bodies run comfortably at 97.5°F. The thing about this cold snap is that no one knows why it’s happening. Doc’s have no idea why humanity is growing colder. one research project spent 20 years observing the Tsimane people in the jungles of the Amazon rainforest. Their body temperatures have been steadily falling. The annual drop has been around 0.09°F, the average Tsimane person runs at 97.7°C. “In less than two decades we’re seeing about the same level of decline as that observed in the U.S. over approximately two centuries.  It’s likely a combination of factors – all pointing to improved living conditions,” Doctors recognize 98.6°F as the “normal” temperature, that’s really more of a generalization. A healthy person can be up to 1°F warmer or cooler at different times of day – without anything being wrong.

Baby its cold inside

Four of us slept in the one bed; when it got cold, mother threw on another brother.

It was so cold… we had lunch at the “Greasy Spoon” – just for the heartburn.

A blonde asked Santa for a heavy sweater for Christmas present.
So, Santa send her a sumo wrestler.

Man often becomes what he believes himself to be.

People are colder than ever