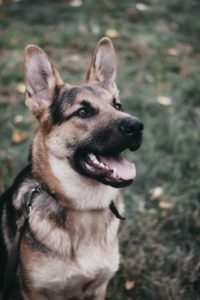 Times are ruff. For every dog with a successful career in therapy, law enforcement, or modeling, there are plenty who can’t seem to catch a break, no matter how hard they chase it. And because begging makes you bad, what is an out-of-work good boy to do? File for unemployment, of course. Michael Haddock was checking his mail and, to his surprise, saw an official-looking letter from the State addressed to his dog, Ryder. It was from the state’s Unemployment Agency telling Ryder they were sorry he’d been laid off, and that he’d been approved for a cool $360 per week in unemployment benefits. The human “Michael Ryder” had never filed for unemployment, but instead had been a victim of one of the millions of identity thefts which happen in the U.S. each year. How the letter wound up in the paws of dog-Ryder though, nobody knows.

In 2019 if you were unemployed and stayed home all-day playing video games, you were a lazy bum.
In 2020 this would make you a responsible adult citizen.

A Walmart near my house is permanently closing, which means one real live person cashier is out of a job.

Life is too short, surround yourself with optimistic people.