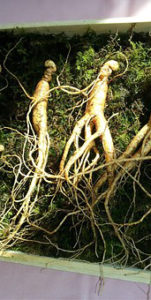 The US media is covering this story up, but now you know the worldwide shortage of ginseng is being held prisoner to Chinese – Canadian – American relations. A ginseng crop can take up to five years to grow. But even as he starts this year’s harvest, Remi Van De Slyke in Norfolk County, Ontario, has a barn full of last year’s ginseng. The problem is that travel restrictions have stopped Chinese buyers from visiting to check the crop, which has depressed sales. “Everyone is locked down and that’s causing us a big problem,” he said. “We’re hit in all directions here.” Across Canada, as much as 1.8 million pounds, or 20% of last year’s crop, remains unsold, buyers have been “circling like sharks” to see if they can purchase for less than the production cost. Wholesale importers have been known to purchase as much as 100,000 pounds of ginseng on the sly at Ontario-based Great Mountain Ginseng, which was forced to shut its retail stores. Without Ginseng it is no wonder the Chinese seem so “up tight”.

Take some tea and chuckle

Give a Brit some tea and you’ll make him happy for a day…
Teach him how to grow tea…And he’ll colonize your country.

Q: How long does it take to brew Chinese tea?
A: Oolong time

Why can’t Chinese barbecue?
Answer: Because the rice falls through the grill.

Last week I was bored, so I decided to swap around the labels on my wife’s spice rack. So far, she hasn’t noticed. Mark my words though, the thyme is cumin.

In school, you’re taught a lesson and then given a test. In life, you’re given a test that teaches you a lesson

Getting to the root of the problem