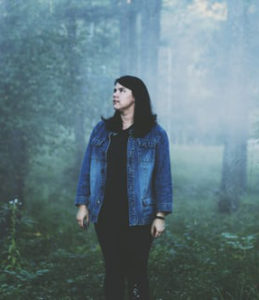 Tyler Pence of Springfield, Ill., finished first in the TBK Bank Quad Cities Marathon in Moline, Ill. Tyler won even though two Kenyan runners had far outpaced him. Sadly they were disqualified after being diverted off the course following a race volunteer bicyclist. Tyler became the first U.S. runner since 2001 to win the race. Pence’s win came after Elijah Mwangangi Saolo and Luke Kibet diverted from the course a little more than halfway to the finish line when the volunteer mistakenly went straight instead of turning. “At that intersection where that incident happened, the course was well-marked,” race manager Moreno said. “The signage is well-displayed. Those elite runners had a meeting the day before to get familiar with the course.” Moreno said the race sponsor was trying to find a way to compensate Saolo and Kibet.…Getting lost is not unique to America…Bayhan Mutlu of Turkey made headline news for getting lost and found by himself. Apparently, Bayham is fond of drinking and he wandered out of an establishment into the surrounding woods and was not heard from. His pals grew concerned after some time and called his wife to see if he had gone home. She said, “No” and called police. The bar buddies and the police formed a posse searching the woods for him. As they called out his name in the dark, “I am here” rang out from the assembled team. Bayhan had joined the search team for himself. Police verified he was one of the chemically enhanced team and everyone had a good laugh.

I googled “Lost medieval servant boy”…
The result was “This page cannot be found.”

A mother asked her son to lose their cat somewhere in the jungle.
The boy obeyed. The boy returned home and reported to his mom.
Son: Mom! I led the cat far into the jungle. I even got lost!!
Mother: How were you able to come back home?
Son: I followed the cat.

I was driving from Illinois to Oklahoma, but I got lost.
I’ve been in a state of Missouri ever since.

I can’t see the end, I’ve lost control, I’ve no home, and I don’t think there’s an escape.
It’s probably about time I bought a new keyboard.

If the shoe fits, buy several pairs in different colors!